The Meath native’s creative talent has been acknowledged and recognised by respected bodies as diverse as the New York International Film and Music Festival overseas, where she was awarded Best Celtic Sound, and by IMRO here at home when she was a finalist in the prestigious Glinsk- Songwriting competition in 2011. Maria has already taken to the stage with first appearances of 2022 in Seamus Ennis Arts Centre of Co Dublin – where she officially launched her latest work ‘Hero’ produced by Bill Shanley. She was the driving force behind a hugely successful fundraising concert in Drogheda’s TLT for Ukraine which raised over €10,000 in recent weeks, and has also just launched a new Songwriting Workshop which has wellbeing as its focus. 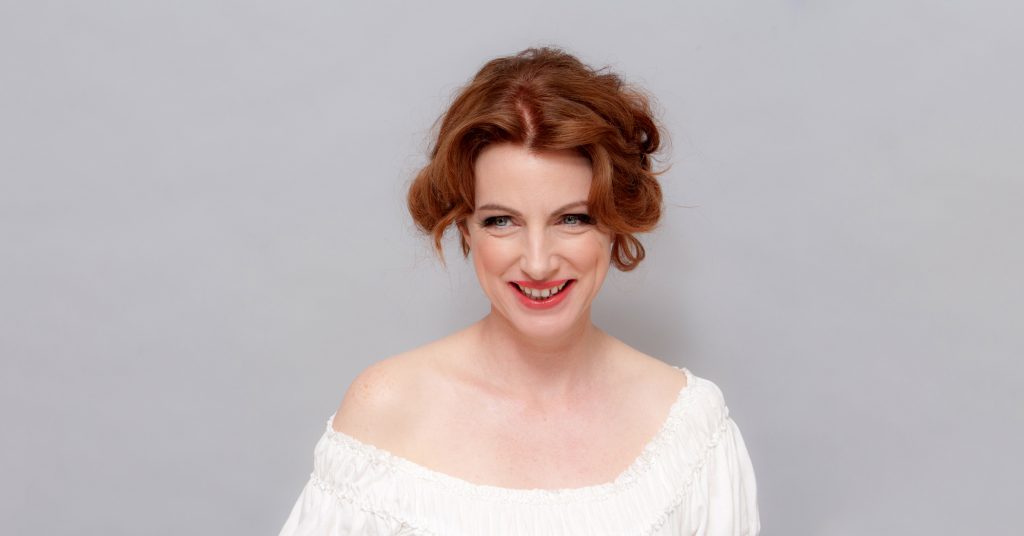 Her new single HERO recorded at the world famous Windmill Lane Recording Studios produced by Bill Shanley who also produced her award winning album ‘Blue Mandolin’ album, is “An upbeat song that touches on what is an important and – unfortunately – a hot topic still hitting young people today, and that’s anti-social behaviour and bullying.”

Maria continued, ‘HERO’ is a story of a young teen being called names in school, but who then dreams up a fictional hero character that represents the inner strength within us all. That inner strength is what allows us to confront and overcome the challenges presented to us, whether internal or external. So that’s how the song looks at addressing issues like anti-social behaviour and bullying, just two of the biggest challenges that young people can be faced with in their world! I think the story of the song is a good talking-point in itself, but it’s also a radio-friendly production too.”

A recent graduate from Pulse and Griffith College in Audio and Sound Technology, and in Music Producing for Games, Maria has expanded her compositional skills by working on commercial pieces for both Film and TV, while specialising in Games. Her wide and varied arsenal of talents also saw her recently sign with the prestigious Avant Music Port agency to represent her music. In her career to date, Maria’s original compositions have been featured on a host of top TV and radio programs, across RTE, Virgin Media One, TG4 and SKY, and including live performances and interviews on shows such as Nationwide, Ireland AM, Seoige and O’Shea, and Glor-Tire.

A Renowned vocalist and multi-Instrumentalist, Maria has always been busy – the last few years being obvious exceptions – as a touring recording artist, as in demand internationally as here in Ireland. Maria has graced stages in New York, Nashville, and California – where she resided for over two decades – along the way performing at hit venues such as Nashville’s Bluebird Cafe, The House of Blues in LA, and NYC’s world famous Mercury Lounge. In that time, she has played alongside Bob Wooten from the legendary Johnny Cash’s Band, the golden-voiced Raul Malo of The Mavericks, the late Hal Ketchum, as well as our own home-grown superstars like the Hot House Flowers, Stocktons Wing, Damien Rice, Eleanor McEvoy, Nathan Carter, The Pogues, Donal Lunny & Sean Keane. Won Multiple awards for Songwriter of the Year – Leinster Entertainment Awards, Best Original Single – Farmers Journal Awards.

Effortlessly at ease amidst the glamour of the world-stage, Maria has also had the honour of headlining the Angelica Huston Gala Event at the Beverly Hilton in Los Angeles, and even performing her own song, Quiet Man, to Hollywood Star Maureen O’Hara on her 90th birthday. Both the National Concert Hall and Cork Opera House have also borne witness to her vocal prowess, with audiences in both eminent venues being charmed by her unwavering elegance on several occasions.

Along with composing music for film and TV, Maria runs a recording studio which has just opened to the public in Meath (for more information on Maria’s studio contact mariabutterlymusic@gmail.com). Given that Maria is so involved in the music world in so many ways, and with the vast depth of her musical experience, it’s hardly surprising that she has decided to pass on some of her knowledge in a way that has the potential to be of huge benefit to others.

To that end, she has recently launched a Songwriting Workshop with a focus on wellbeing, designed to cater for post-primary students and adults of all ages and levels, from beginners right up to those of a more advanced skillset. The workshop will see students learn to compose hit melodies and lyrical hooks, how to record their songs, what they need to set up a home studio, and, of course, the all-important business side of songwriting too.

What People Have to Say About Maria

“One of the great things about Maria's song 'Quiet Man' is that it is actually very contemporary - we aren't just playing to aging Maureen O'Hara fans and Maria has captured that ambiance and universal appeal that "The Quiet Man" maintains in cinema history.”

“Having worked with Maria on many of her compositions & projects, she is a great songwriter and recording artist, I’ve no doubt that her composition work for film and television will be equally fresh and inspired.”

“You show such diversity… your songs are great no surprises there:) but the scoring of the Games are beautifully atmospheric and understated”

“This is a cracking album”

Want to learn more about Maria and her music? Why not get in touch!